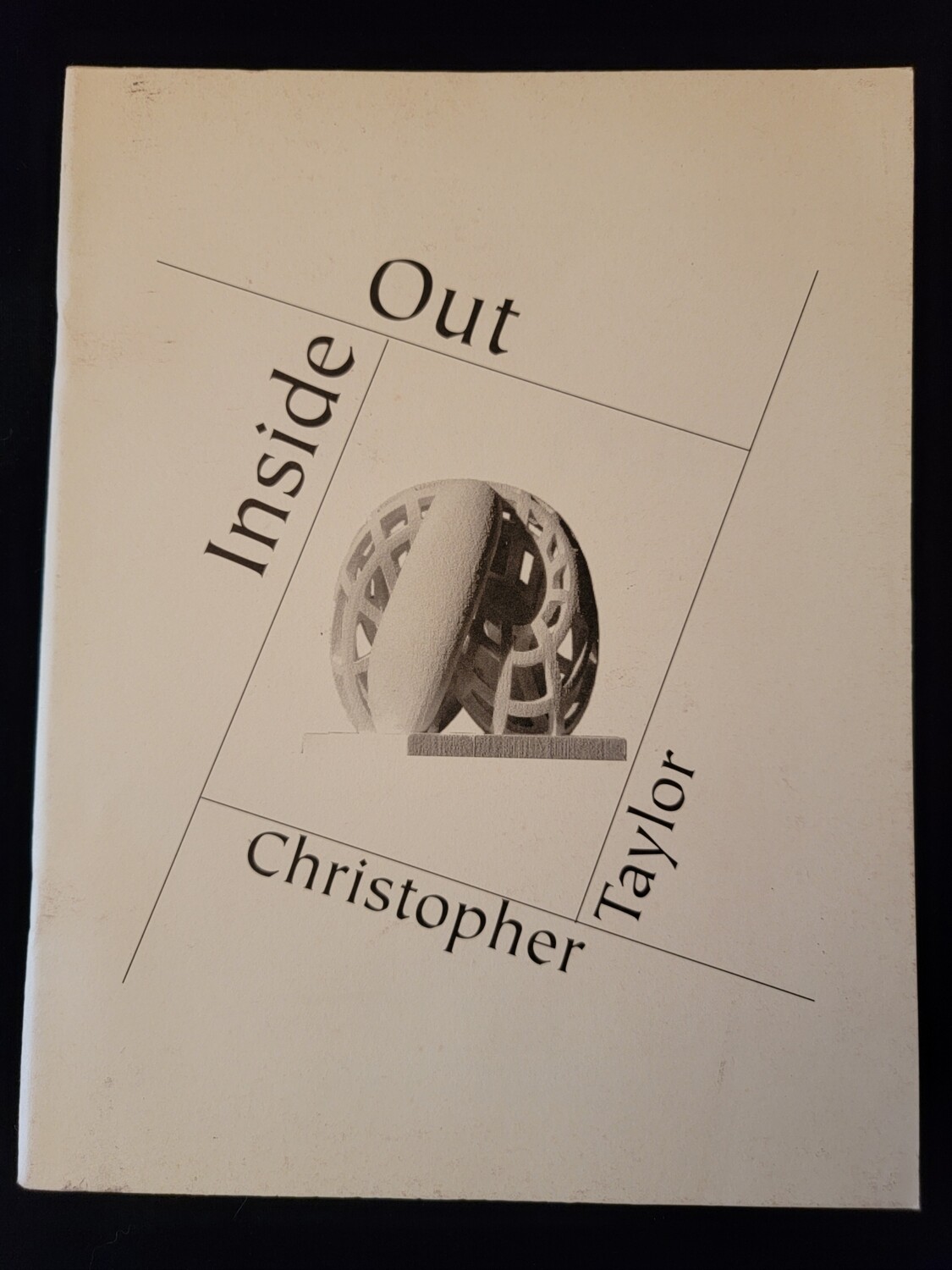 Inside Out by Christopher Taylor

The effects in this book have been designed from the inside out. In each case, Christopher began with some concept drawn from nature or metaphysics that he was strongly attached to. Then, like a magnet invisibly organizing iron filings, the concept acted as a nucleus around which technique, method, and devices gathered to produce the form of the effect.

In this manuscript, Christopher applied this empirical perspective to the classic effects of magic and found that many of them expressed principles found in nature or archetypal ideas from the human imagination. This Inside-Out perspective allows the performer to get deep into the heart of an effect, and truly understand it. Once that is achieved the performer can truly amaze the audience with effects that appear to be a natural extension of the performer's mind and body.

Inside-Out is certainly not the only perspective that can be applied to finding/creating magic and mental effects. Simply looking or a cool way of showing off one's dexterity with coins or cards can lead to entertaining and recognizable magic. What adopting the Inside-Out perspective can do is add another dimension to our enjoyment of the magic of nature and the nature of magic.

Getting There and the Double-Writing Wallet: Cognitive geography and way finding

Being There, a Special Pen and a Billet Index: An archetypal dream.

Three Minds, One Thought and the Thought Recorder Deck: Mental telepathy with a deck of cards.

Room 7 and the Pocket Printing Press: Taking an imaginary journey and returning with something real.

Mental Catalyst: The mage as a catalyst for a participant's latent psychic abilities.

Flash of Color and the Pellet Index: The color of thought.

A Marked Deck and Three Effects:

1)Perceived Imagination: Where does imagination stop and perception begin?

2)Marked Mental Miscall: What is the difference between the mind and the imagination?

3)Flash of Imagination and the Pocket Writer: "The mind makes it real."

Number in a Flash and a Pocket Writer: "The mind makes it real, yet again."

Pebble in the Storm: The butterfly effect with cards.

Mind Reading 101 and Equivoque: Telepathy and the opposite sex.