David Parr is an internationally acclaimed magician who has devoted his life to sharing the experience of mystery with audiences around the world. Magic fans will recognize David from his appearances on the hit TV show Penn & Teller: Fool Us. There, David’s magic was put to the ultimate test in front of the cameras, a live audience, millions of TV viewers, and two very savvy Las Vegas magicians. (Spoiler Alert…) David fooled them all and not only took home the coveted Fool Us trophy, but also won a guest spot in their live show at the Rio hotel in Las Vegas!

David created and costarred in Chicago’s longest-running weekly magic show, which was chosen by the Travel Channel as one of the top nine magic shows in the nation! (Because top-ten lists are so passé.) His show David Parr’s Cabinet of Curiosities completed a successful yearlong run, and his show Dark Magic premiered to a sold-out house soon after that.

When David is not busy mystifying guests at corporate functions and private events, or performing at Hollywood’s prestigious Magic Castle, he devotes his time to theatrical endeavors. Around Halloween, David can often be found haunting atmospheric locations with shows such as Haunting History, a guided tour of the shadowy territory where history meets myth and folklore, or Visions of Poe, an interactive journey into the tales and poems of Edgar Allan Poe.

In the hidden world of magicians, David is best known for his theatrical performing style and for his writing and teaching skills. He has published several highly regarded books for magicians, been a technical consultant to many theatrical productions, given presentations at academic conferences, and provided guidance and instruction to magicians at lecture appearances across the United States and Canada. For a decade or so, he was a featured columnist, proofreader, and copy editor for the world’s top magic journal. His thought-provoking writings about the art of magic have also been featured in publications in Germany, France, Australia, Denmark, the Netherlands, and Sweden. 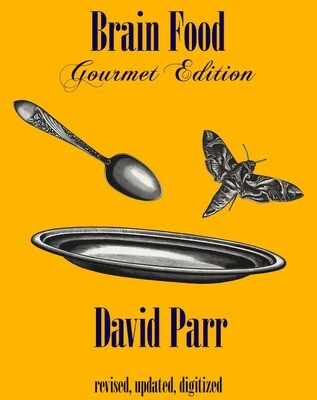